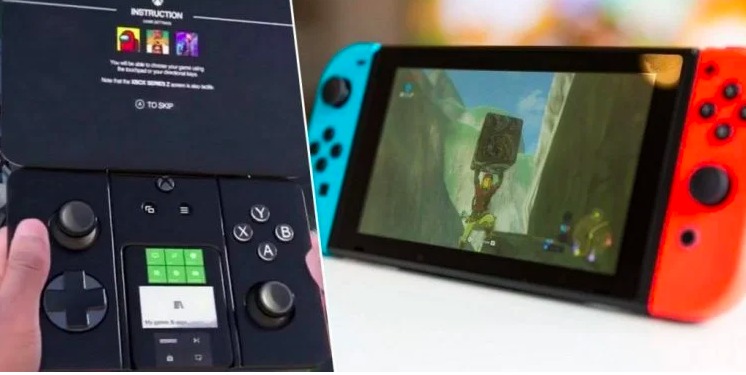 Xbox series z portable is the latest concept, and it’s garnering so much interest that some are beginning to question if Microsoft is working on a physical version of it.  Xbox Series Z is an imkashama concept for a portable console. On the platform, the user is well-known for his futuristic designs based on modern devices, such as the iPhone and iPod and a PSP. Unlike other consoles, the Xbox does not have a mobile version. They’re developing the best possible gaming console. Game creators aim to provide players with the best experience possible. Thus they won’t allow them to use a subpar gadget. Here we will discuss the Xbox series z portable.

What is the Xbox series z portable?

In the gaming sector, new items are being released daily. So much pressure is being put on Microsoft and the game industry by Xbox and other gaming-related products. We’ve all heard of Xbox and are familiar with the things they release under that brand. When a sketch of Xbox Series Z’s design, created by popular TikTok video creator imkashama, appeared on the platform, it sparked excitement for the upcoming system.

When the Xbox button embedded into the lid is hit, a clamshell device displays a bezel-less screen and several controls. The bottom of the device has a touch screen panel as well. To put it mildly, Nakashima has created an Xbox Series Z Portable prototype that is nothing short of stunning. Far Cry 6, FIFA 22, Among Us, Cyberpunk 2077, and Gears 5 may be seen on the Menu screen.

Price and portability are the main advantages of this device. For the time being, it’s merely an idea floating around the internet in connection with the Xbox Series Z. The Xbox Series Z Portable is now just a concept, but it’s garnered so much media attention that many believe it’s a reality. Microsoft’s Xbox Series X and S consoles, both of which will be released in November 2020, were just announced lately, so it doesn’t make sense for them to announce and release so many new products simultaneously.

Video from TikTok shows off the Xbox Z’s power:

There are rumors about a portable version of the Xbox after his TikTok video went popular. The console immediately opens when the Xbox logo is pressed on the system’s cover. The console’s bottom half has a built-in controller and touchpad and a decently sized screen on the inside of the cover. Xbox S and Xbox Series X were released; however, no formal announcement was made about the Xbox Series Z until then. They are all just rumors for now, but it will be huge when the z series comes.

Is it possible that the Xbox Z Portable will be available in 2022?

We’ll get to those later. There are no official Xbox z videos anywhere on the internet; all you’ll find are fan-made videos. The video is a dummy or prototype of the final product; the video serves as a demonstration. As a result, the video’s copy is a fictitious representation. Despite this, there has been no official announcement of Xbox z. The Xbox, as far as we know, is also not in development. For the time being, the Xbox z will not be released in 2022 or earlier.

Is the Xbox Series Z a real product?

Microsoft does not appear to be working on a portable Xbox system, even though the Xbox Series Z appears to be real and would be favorably appreciated by Xbox fans. Mock-ups of future technologies are a major focus of Kashama’s content. Others include an iPhone design with a touch screen on the rear and a Gameboy Omega. It’s clear from the comments on Kashama’s video that people are shocked by such a handy tool.

Iteration of the Xbox Series Z:

The Xbox Series Z could be released in the next few years, but there is no such thing for the time being. Other than this, the version you’re currently seeing on social media might be the next true iteration of the Xbox Series Z, which is still in development. Only watching more movies like these and if you’re planning to buy an Xbox or any other gaming device is all you can do. It will be some time before the Xbox series z is released.

As we previously stated, there is no such thing as an Xbox Series Z. As a result, the specific number we’ll be talking about is just a prediction rate. In reality, the rate may be different. For the time being, the number of gaming consoles sold each day worldwide is sufficient.

The smoothness of the video:

It was the ideal size. A single hand is all you’ll need to hold it, and the control layout appears to be ergonomic. In addition, it is lightweight and portable, with a large screen that extends out as needed. Everything is out of this world.

Reasons why Xbox Series Z videos are popular with players:

Gamers have many options at their disposal, including PCs, Playstations, Xboxes, and even mobile devices. Despite the abundance of gaming consoles and personal computers, decent games may be found locally. At home, you can play the game whenever you want.

The problem arises, though, if you aren’t at home and your phone isn’t capable of handling the game’s higher graphics settings. As a result, the portable gaming gadget may be taken anywhere. When going out, they can take their bag with them. You’re free when you’re away from home, whether on vacation, during a school break, or somewhere else. You can use it wherever you choose.

In addition, some of the gadgets can be connected to the TV wirelessly or via cords. It means that both at home and while you’re away from home, you’ll be able to enjoy the same content. Tablets and pads are now available, although the controls are challenging for many people. Some of the more complicated gaming controls are difficult to grasp when playing on a tablet. Since buttons are positioned on top of portable consoles, huge screens can be used with one hand.

Is Xbox releasing a portable version?

Microsoft released the Xbox Series Z portable device. First portable Xbox with a display similar to the Nintendo Switch and a built-in controller like the Xbox One X

Is the Xbox Z series real?

Imkashama, a popular video maker, has designed a portable game console called Xbox Series Z. In the meantime, though, Microsoft is not currently putting any effort into portable device initiatives like Xbox Series Z, despite rumors the contrary.