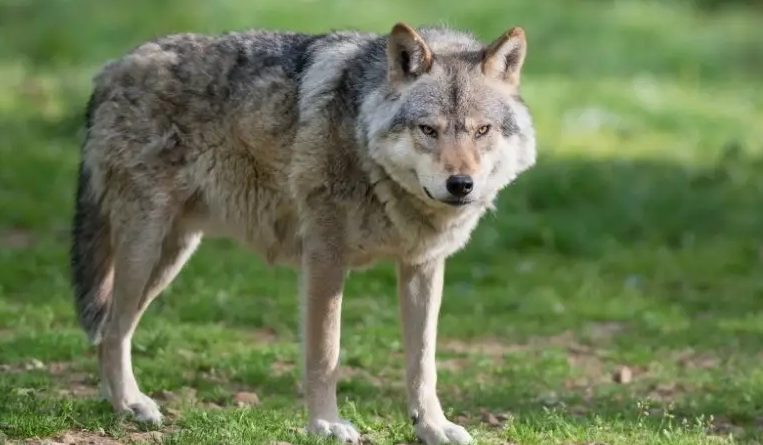 Wolf vs husky size comparison is the division of dog breeds. Although superficially similar to wild wolves, domesticated huskies are different from them. The first evidence of people being buried with dogs dates back around 15,000 years, while fossil records place the initial domestication of dogs by humans between 20,000 and 40,000. Although huskies and wolves may have a shared ancestry, the two are now considered separate species.

Wolf vs husky size comparison in terms of Habitat and Dispersal

The primary distinction between a husky and a wolf concerns the animals’ respective ranges and habitats. In their tamed form, huskies may be found in almost every country. However, they are best suited to cooler climes and do not thrive in hotter environments. The ancestry of huskies may be traced back to the tundra of Siberia’s Arctic. Currently, wolf populations may be found in most of North and South America, Eurasia, and Africa.

Comparing the Size of a Husky and Wolf

The size of a wolf and a husky are the main distinguishing characteristics. The average male husky is 45 to 60 pounds and 21 to 23.5 inches at the shoulder. Female huskies are smaller than their male counterparts, measuring 20–22 inches in height and 35–50 pounds in weight. On the other hand, a wolf may range in height from 26 to 33 inches. Wolves from Eurasia are typically larger than those from North America. However, there are North American wolf subspecies capable of reaching remarkable size.

Huskies often outlive wolves by a significant margin. It is estimated that a healthy husky may live anywhere from 12 to 15 years. Wolves, on the other hand, often only live between 6 and 8 years. Wolves are in danger from various sources, including other predators, hunters, sickness, cold, and the climate. Therefore, a wolf’s existence may be described as “nasty, brutish, and short.” However, wolves kept in captivity may reach the age of twenty. However, this is an extreme outlier.

The Coat and Fur of the Husky and the Wolf

Although both the husky and the wolf develop double coats, the coats are not identical. Compared to wolves, huskies tend to have shorter hair. Husky coat colours vary from black and grey to red and white to sable and agouti. Wolves, especially those that inhabit colder areas, tend to have longer manes. They have rougher fur than huskies, who have a more fluffy texture. It would be a tall order to tell a husky from a wolf just by looking into its eyes.

A few subtle distinctions in the build of a husky and a wolf may be used to tell them apart. Although wolves typically have narrower muzzles, huskies’ muzzles are noticeably shorter. While huskies’ noses may be either black or pink, wolves’ are virtually always solid black. In addition, a wolf’s head is significantly more significant than a husky’s head and is more remarkable about its body. A husky’s forehead stripe is easily recognizable compared to a wolf’s smooth skull.

Both huskies and wolves get their strong canine teeth from their ancestors, allowing them to shred and tear flesh. Nonetheless, if you take the time to look attentively, you can tell the difference between a husky tooth and a wolf tooth. Generally, wolves develop more prominent, thicker teeth than huskies. Huskies may have had more prominent teeth in the wild, but centuries of domestication have likely shrunk their incisors. Meanwhile, to kill prey, tear apart flesh, and shatter bones, contemporary wolves need massive, powerful teeth.

Comparison of Personality and Socialization

In spite of their similarities, you should distinguish a wolf from a husky in terms of personality. Huskies have tamed canines and are suited to friendship with people. Huskies were originally bred to work. Therefore they are highly trainable and loyal to their owners. They will play fighting, but it will be more for entertainment than an outlet for pent-up hostility. Conversely, wolves are untamable creatures in the wild. They are stubborn and intelligent in a calculating, unfeeling way that is absent in their tamed relatives.

Due to their vast differences, there are almost no parallels between the Siberian Husky and the wolf. They share superficial physical similarities; the wolf may become more like a domestic dog if tamed for a few thousand years like the Siberian husky, but by that point, he would be regarded as a separate species altogether.

Just how well-liked are huskies, generally speaking and wolf vs husky size comparison?

According to the American Kennel Club, huskies are the fourteenth most common dog in the United States.