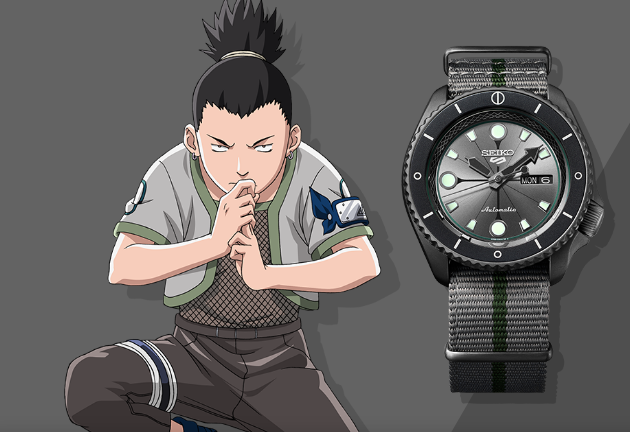 Shikamaru: Shinobi Shikamaru Nara belongs to the Nara family of Konohagakure. When it comes to fighting, Shikamaru’s unusual intellect consistently gives him the upper hand. Although he is frequently annoyed by the obligations that come with his success, he cheerfully accepts them to serve his teammates on Team Asuma and demonstrate his abilities to future generations. The other kids refused to let Chiji Akimichi join in the fun, claiming he was too foolish to participate. Shikamaru left the game after he couldn’t persuade the others to let Chji join, so he walked to his favourite area to observe the clouds.

Naturally, Shikamaru is prone to laziness and prefers to put in the least effort possible. Shikamaru can get away with resting, gazing at the skies, playing games like shagi and going when he is an Academy student and even in his early career as a genin. For him, the ultimate goal is to live an unremarkable life and then die the same way he lived it. Many Naruto characters spend their days lurking in the shadows, but Shikamaru Nara is the most extreme example of this type of character.

Shikamaru’s incredibly high IQ means he rarely needs to put in any effort. One of the lazier pupils, meaning that while being one of the brightest and most capable does not make him shy away from responsibility, he avoids it as much as possible so that no one has unrealistic expectations for him. However, he is capable of greatness when the stakes are high. Because of this, he is one of the few genin who doesn’t get much attention on the big screen.

A Slacker with Purpose:

The laziest character in the series, Shikamaru, always manages to get the job done because of his exceptional intellect and strategic abilities. The only way to apply this to him was when he was a student at the academy. Shikamaru despised going to school, preferring to sleep through classes rather than pay attention to him.

His moral compass keeps him from being as lazy as he’d like to be, despite his initial intention of doing as little as possible in his own life. Despite his disdain for being caught up in unnecessary fighting, he likes his allies tremendously and is willing to take on extra labour or tasks to assist them.

Even though he would work hard in the face of real adversity, Shikamaru’s main goal on-screen was to enjoy life as much as possible. Nonetheless, he learned that the world isn’t as safe as he had assumed after the death of his teacher, Asuma. Fortunately, Shikamaru’s outlook changed for the better due to this.

Kakashi and Gaara are two examples of ninja who can rise to the rank of Kage, but there are many others. However, Asuma, Temari, and even Naruto’s kids all recognised Shikamaru’s potential to become a great Hokage. Despite Shikamaru’s growing maturity and increased commitment to his duties, the Hokage position is too much of a burden for him, as it befits his temperament.

When Shikamaru nara was merely a genin, he could read other people’s emotional states and interpersonal relationships extremely well. When he and his comrades come across Sakura in a desperate situation, he is always there to lend a helping hand. On the other hand, Shikamaru waited for a moment before charging into the fray, much like Naruto would have done.

Notes from the Artist:

Authors’ thoughts on their characters are usually fascinating, and in Shikamaru’s case, Kishimoto reveals that he is fond of the character. His sluggish nature contrasts sharply with Sasuke’s intellectual and aggressive nature. Kishimoto even says that if Shikamaru were a girl, he’d want to marry him since he’s the kind of person who will almost certainly be successful in life after marriage.

Though Shikamaru is one of the original ninja trainees who doesn’t get the attention he deserves, the general fanbase loves him. Initially, he didn’t fare well in the polls, but as the series went, things began to change. Toward the end of the manga’s 199th chapter, a fourth poll was held, and Shikamaru managed to claw his way to fourth. There were only three characters who were better than him: Sasuke, Kakashi, and Naruto.

Shikadai Nara is the son of Shikamaru Nara and Temari Nara and one of the main characters in the Boruto series. At times, it is clear that Shikadai is the son of Shikamaru, as his position in the anime bears a striking resemblance to that of his father in Naruto. Shikadai, on the other hand, is his person, with a distinct personality and a devoted following despite his resemblance to his father. It is the relation of Shikai and Shikamaru.

After their match, Temari and Shikamaru nara might make disparaging remarks or even ignore her altogether, but he never underestimates her again. Temari is one of the most skilled shinobi he’s ever had to face in terms of his age group. Understandably, admiration grows out of fear.

A Tailed Beast Ball from the Ten-Tails is fired at Shikaku’s Allied Headquarters, where Tobi and Madara Uchiha are worried about his tactics. After Shikamaru nara takes over as the new chief strategist, Shikaku gives him one last offensive plan before the Shikamaru’s death. If this one fails, he says, he will need to develop another. Shikaku is gone, Shikamaru nara compliments him for being a fantastic role model.

Naruto Uzumaki and Shikamaru were Academy students, and Shikamaru trained with Team 10 under Asuma Sarutobi to become the first of his generation to reach the rank of Chunin. His friends looked to him as a role model for all of his abilities and trusted him implicitly. Over the years, he’s gone from a lazy genius to an advisor to the Hokage, but he still has a few mysteries to answer.

Does Shikadai have a father?

His parents, Shikamaru and Temari Nara, only had one child, Shikadai. Shikamaru noticed Shikadai’s cries soon after his birth and recommended that the baby join his friends on their adventures.

What kind of technique is Shikamaru nara shadow Jutsu?

What is Shino’s chakra nature?

Let go of the earth, fire, and yang! Shino is a talented individual who hails from the abundance clan, one of Konoha’s most prestigious families.

Fire style is Shikamaru’s speciality, but can he employ it?

To conduct his hidden methods, Shikamaru nara uses a variety of natural transformations, including Yin Release and Fire and Earth Release.

Read also: How many jumanji movies are there?