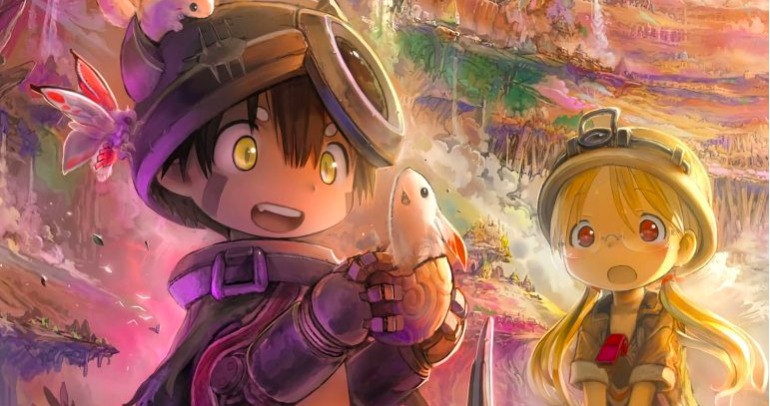 What is Made in the abyss?

Made in Abyss, a dark fantasy adventure manga written by Akihito Tsukushi has captivated the hearts and minds of manga lovers across the globe. The manga has been around since 2012, and its unique environment and cast of characters set it apart from other works of the same genre.

The previous season of made in the abyss:

The first season of the anime adaptation of the same name was premiered on July 7, 2017, and lasted through September 29, 2017. The news, on the other hand, is correct. A second season of the fantastic show Made in Abyss has been ordered. On January 17, 2020, the production of a second show season was revealed, which piqued viewers’ attention.

Is there going to be a second season of Made in Abyss?

This video was released in January 2020, a year after releasing the third Made in Abyss film, Dawn of the Deep Soul. The video was an official announcement of a sequel to the previously stated film. However, it was first unclear if the sequel would be a new series or another movie. A few months later, it was reported that made in Abyss: The Golden City of the Scorching Sun would be a TV series.

The release date for season 2 of Made in Abyss:

The second season of Made in Abyss will launch sometime in 2022; it was announced in May 2020. We didn’t have a specific release date at the outset, but based on experience, we estimated that it wouldn’t be before the spring 2022 anime season, potentially even later in the year. Additionally, the program’s official Twitter account also scheduled an official online fan gathering in November 2021, which is when we may learn more about the second season of the show.

The season 2 trailer for Made in Abyss:

A teaser for the show’s second season has yet to be produced. Still, we have the subtitled version of the preview video referred to above: We’ll have to wait a while longer for an official trailer, but as far as fans are concerned, we think they’ll be satisfied with this official teaser for the time being. However, in May 2022, an official trailer for the following season was published, giving us a taste of what to expect. It’s up to you to see for yourself:

The plot of Abyss season 2:

While we don’t have official confirmation yet, it’s safe to infer that the second season will center on “The Golden City” tale from chapter 49, which is part of the wider Ganja Arc and will likely be adopted in this season. Ganja and Gaburoon confront many human-sized interference units in this episode, unlike Gaburoon. Interference units can understand them but not communicate with each other.

Following the group is Ganja’s belief that they are trustworthy. The party decides to flee for their lives when an unknown entity seizes one of the interference units. Unexpectedly, the interference units apologize in fluent human language for compromising them. It is via observation and prediction that interference units have learned to communicate. Having decided to trust them, Ganja takes down the links.

The cast of made in abyss season 2:

Even though the show premieres in weeks, we still don’t know much about it. While it’s likely that the core cast from past seasons will return, we’ll have to wait until the upcoming season’s cast roster is finalized to know for sure.

Made in Abyss Season 2 will premiere in 2022, according to a tweet that disclosed the title and release date, which is not a special day but the year. May 5, 2021, was the date the tweet was sent out. The announcement post is more detailed than the release announcement, but it’s still a short read. The second season’s English title is “The Sun Blazes Upon the Golden City,” according to series composer Kevin Penkin.

Synopsis of made in abyss season 2

Season 2 will see Riko, Reg, and Nanachi resume their trek into the unknowns of the abyss, which we left off in Season 1. They run into many animals who look like Reg, as well as a princess who seems to know quite a bit about Reg’s past and what he’s up to. On their journey, they find out more about what life is like down there and how they managed to construct a civilization in such hostile conditions.

Where can you catch the made in abyss season 2?

What Is Studio Making Season 2 of Made in Abyss?

Kinema Citrus, who was involved in the production of both the movies and the first season of Made in Abyss, will be in charge of producing the upcoming second season. Cast members from both the first season and the most recent movie will return for the second installment of the series, including a rotating cast. Since the film’s initial release two years ago, Masayuki Kojima will be directing the new series for the very first time.

Is Season 2 of Made in Abyss coming out soon?

This information became public on April 2nd, 2022. However, this is not all. Additional information was provided on May 5, 2022, during a live video webcast hosted on YouTube.

‘Made in Abyss’ has what kind of watch order?

As one of the most beloved dark fantasy adventure series in recent years, Made in Abyss, a well-known manga series, has quickly gained popularity. Five years after the first season premiered, there has been plenty of material for fans to immerse into the show’s universe, and there will be much more with the upcoming second season. For now, there is no better time than the present to re-watch or begin watching any shows you have missed. Here are the best orders that Made in Abyss offers, in no particular order of preference.

Fans of Season 2 of Made in Abyss will be able to learn more about its progress. Even though Akihito Tsukushi’s anime adaptation of his manga series will premiere its second season later this year as part of the Summer 2022 anime schedule, there are still many unanswered concerns. The second season of the anime adaptation of Made in Abyss will premiere in Japan in July 2022. Kadokawa also revealed new artwork for Riko, Nanachi, and Reg to coincide with the season’s release date. Additional Season 2 character artwork has been posted online.

How old are the protagonists in Made in Abyss?

When Riko was 12, she wanted to be like her mother, Lyza the Annihilator, a famed Cave Raider who disappeared into the Abyss ten years before.

Will there be a second season of Made in Abyss after the film?

The debut date for Made in Abyss’ second season has been set on July 20, 2022, although no specific date has been announced.

Is there a second season of Abyss?

Made in Abyss Season 2 will air during the summer anime season in July 2022. As of this writing, there are no other specifics on when the series will be released.