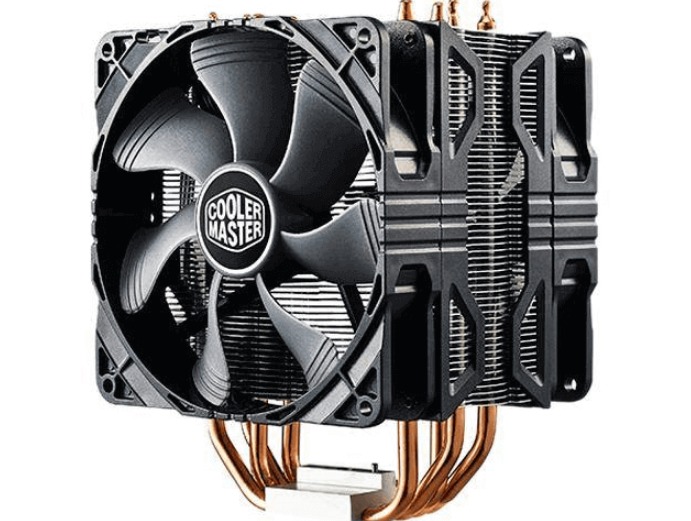 The power of computer processors is increasing. Upgrading to a new processor is critical as newer technology becomes more performance-intensive. It’s critical to keep a computer system’s components cool. Most of these components could stop working due to overheating if you don’t properly cool them. In the same way, the CPU over temperature error falls under this umbrella.

Error messages appear when your CPU becomes overheated and the cooler cannot remove the excess heat. When the CPU but also heat sink is not properly connected, this happens. The heat sink should be removed and checked for tightness if this is the case. Alternatively, if the cooler or fan stops working properly, this problem will arise. If this is the scenario, a new cooler will suffice.

Can CPU overheating errors be ignored?

Don’t be alarmed if you receive the CPU over temperature error message. There are times when a problem is not life-threatening. Let’s say you’ve been playing video games on your computer for a long time, and it’s getting hot. Dust on the CPU fan, for example, makes it difficult for the fan to dissipate heat properly. Because of the high temperatures in the summer, the system tends to heat up more quickly, resulting in a warmer environment inside the casing.

Even if you don’t play high-intensity games or anything else that puts a lot of strain on the system, pay attention if you see this error message frequently. If you receive this error message, you’ll want to track down the source of the problem. You should find a way to monitor the CPU temperature if you’re browsing YouTube or watching a movie in your web browser and your system reboots with the CPU over temperature error message.

How to resolve the CPU over temperature error?

To begin, look for a problem with the CPU’s heat sink. In every case, this problem occurs because the heat sink is faulty or unfastened. Many of you have experienced this issue as a result of the heat sink being positioned incorrectly. To access the CPU on the motherboard, start by removing the computer system case screws. Verify the location of the heat sink and make sure it’s in the proper spot. Continue with the next solution if the heat sink fits perfectly.

Reapplying your thermal paste is an option as well. The past makes certain that the PC’s heat is properly expelled. Your system will overheat if the cooling material becomes corroded, defective, or improperly applied.

Alter The Speed Of The Fan:

You may also be able to alter the speed of your fans to aid in more efficient heat removal. You can change the presets on your computer or use a variety of programs. You will be able to alter them at any time, as running them at maximum speed for long periods is not recommended. Your PC’s current temperature will display, and you can make an informed decision based on that information.

Overclocking a CPU is fairly common, but doing so runs the risk of causing the CPU to overheat. Increasing the clock speed of your CPU consumes more energy and raises the temperature, so you should turn it down if it’s overclocked. If the problem persists after you stop overclocking the CPU, keep an eye on the temperature.

If the issue persists, you’ll have to perform system cleanup. Dust particles accumulate on your system over time, reducing airflow. As a result of the lack of airflow, the system becomes overheated. As a result, remove the SSD, RAM, GPU, and other components and clean the system. As a result, this error message will be gone.

It should go without saying. When your CPU overheats and the cooler can’t remove the generated heat, the error message appears. A bad connection between your CPU and heat sink can cause this problem. As a result, you’ll have to remove your system’s heat sink and check to see if it fits properly. Also, if the cooler is broken and the fan isn’t blowing enough air, the problem will appear. Changing the cooler will be the only solution in this case.

Is there a time when it’s not a major issue anymore?

If this is the first time you’ve seen the error message and you’re freaking out, calm down. In some cases, the problem isn’t even harmful. Assume you’ve been gaming on the system for a long time, during which time it has become hot. Several things, such as dust on your CPU fan, can prevent heat from being dissipated. The high temperatures in the summer cause systems to heat up quickly. That’s why it’s hotter inside the container than usual.

Does an error message ever pose a threat?

It’s critical to keep computer parts like the hard drive, CPU, and graphics card cool. Most of them will fail due to overheating if not provided with adequate cooling. The CPU over temperature error falls under the same umbrella. It’s important to know that this feature won’t be available on all computers. Fan speed can’t adjust on some motherboards.

What you’ve read in this post has shown you what causes the CPU over temperature error and when it isn’t dangerous. In addition, it briefly explains three ways to resolve this problem. The power of processors is increasing exponentially. Upgrading to new processors has become popular as newer technology has necessitated higher performance.