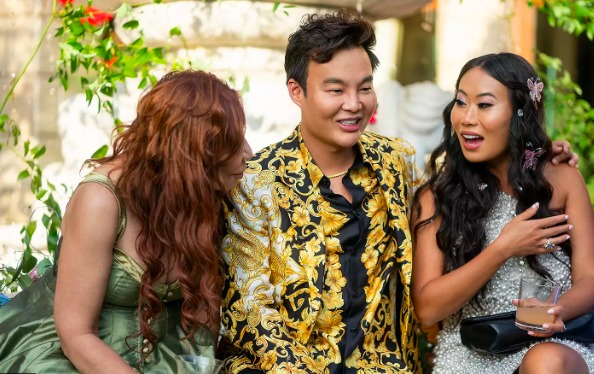 Bling Empire season 2 is one of Netflix’s most talked-about reality shows and has piqued the interest of many fans. Netflix has officially revealed the official trailer, cast list, synopsis, and key art for the next series! Find out everything you need to know about the next season by reading on. Season 2 of Netflix’s reality show Bling Empire has a release date and a list of new cast members, both of which have been confirmed. After a successful first season, the highly anticipated Bling Empire season 2 hit show will debut on Netflix on May 13, 2022.

What Is The ‘Bling Empire’ Season 2 Release Date?

Waiting for the second season to premiere on May 13 will not be too torturous. There are eight 40-minute episodes in all, which is an excellent opportunity for binge-watching. In the meanwhile, we’ll be watching on Netflix.

Is There A ‘Bling Empire’ Season 2 Trailer?

The Bling Empire season 2 teaser is filled with flashy automobiles, gaudy jewelry, and outlandish clothes. There was no need to be surprised.  Kevin and Kim are stepping up their relationship, but the original cast members are skeptical about the motives of newcomer Dorothy. It’s not uncommon to hear of squabbles, unwelcome gatherings, postponed weddings, and extended families.

What Can We Expect From ‘Bling Empire’ Season 2?

If estranged fathers, fertility troubles, and penis pumps weren’t intimate enough, the second season of Bling Empire would reveal considerably more. In an interview with Yong Chavez on YouTube, showrunner Brandon Panaligan said: “All of them have so many levels. In the second season, I hope to see more of their lives that we hadn’t seen before, meet more of their friends, and learn more about their family.”

Season 2 rookies Dorothy Wang and Mimi Morris were scheduled to be joined by Filipina actress-singer Heart Evangelista. Still, it does not appear that Heart Evangelista will be one of them. A voiceover tells us that “people like Dorothy” are only interested in spreading rumors and stirring up trouble.

As the neighborhood bully, she’s known for her tough deme. After being adamantly opposed to having a second kid, Christine Chiu has hinted that we should expect her to reveal something significant when the cameras start rolling again. She told E! just a few weeks before the start of Bling Empire season 2. “I’m willing to accept a lot of flak for the sake of the show as a whole.” That’s a mystery!

According to reports, Kelly and Andrew’s romance may be over. It suggests a new chapter is about to begin for her.

When season one ended, Kevin felt Kim was a better match for him than Kelly was. Although she appears to love him in the trailer, will his “man whore” tendencies come back to bite him?

The news of their engagement spread quickly: it was first reported in the media at the end of August 2021. What a show-stopper. We’re interested to see where their tale goes from here.

Dorothy Wang has joined the cast as a new character. Entrepreneur and a well-known face on international television It has been a short time since Dorothy Wang left her mark on the entertainment industry. She’ll be starring on Ehit !’s show Rich Kids of Beverly Hills in 2015. In a short time, Dorothy gained a devoted following of admirers who admired her excellent sense of style, meticulous attention to detail, and blunt honesty. Both of Chinese descent, Dorothy’s parents, emigrated to the United States from Taiwan to attend graduate school in Beverly Hills, where Dorothy was raised.

Viet Nam is the birthplace of Mimi Morris. Mimi and her seven siblings were unable to evacuate their hamlet during the height of the war and instead spent two years living in a big hole in the ground with little food or water when they were seven years old. In the United States, Mimi established a successful business, married, and had a family. Mimi’s work ethic and survival abilities have not waned even though she now lives in a state of luxury.

All eight episodes, each clocking in at 40 minutes in length, will be available for viewing on the scheduled release date. Netflix’s official descriptions of the two female cast members give viewers a sense of who they are and what they can expect from the show. Dorothy Wang, a former star of E! Entertainment’s reality television show Rich Kids of Beverly Hills, and philanthropist Mimi Morris are among the new cast members joining Bling Empire Season 2.

A-List of the Film’s Personnel:

Along with Jeff Jenkins, Brandon Panaligan, Ross Weintraub, Elise Chung, and Ben Eisele, the show’s Executive Producers include Mi Li and Chiu and their roles as actors. Jeff Jenkins Productions is behind the mask.

Netflix just released season 2’s synopsis. The uber-wealthy Asians of Los Angeles are back with even more luxury, glamour, and crazy. As Kevin and Kim’s romance develops, the friendship between Cherie and Jessey is put to the test, and the friendship between Kane and Kevin’s best friends is put to the test, the rival Beverly Hills queens Christine and Anna put a new spin on social warfare. However, what these friends have in common is a deep affection for one another and an eye for fashion.

Where can I find the Bling Empire season 2?

Netflix will begin streaming the second season of Bling Empire on May 13.

What’s the status of Kelly and Andrew?

It has been confirmed: Andrew Gray and Kelly Mi Li have called it quits.

It’s been a while since we heard from Andrew from Bling Empire.