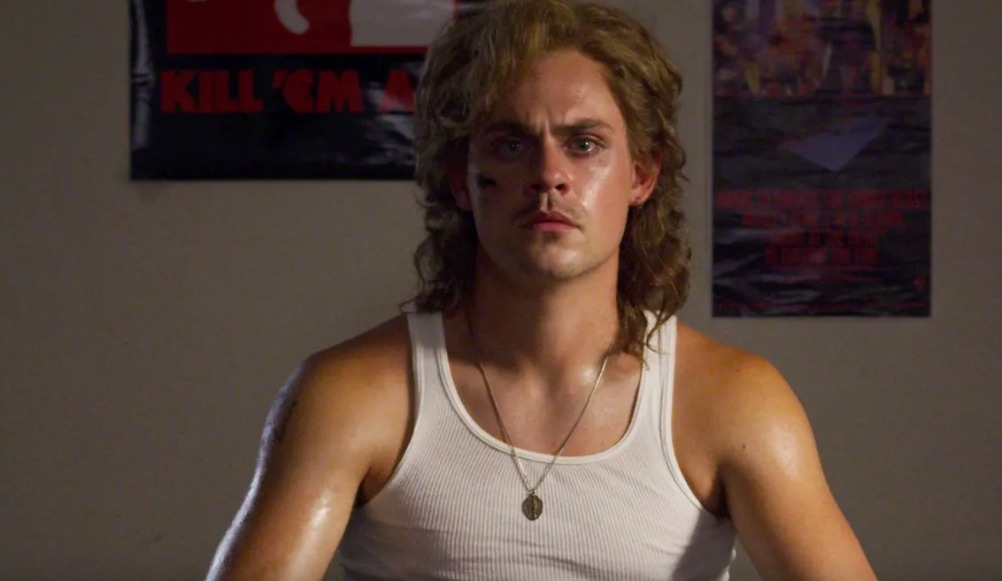 What happened to William Hargrove?

Even though many of the show are other heroes were at odds with him at times, things took a turn for the worst in season 3 when the Mind Flayer, a major villain who emerged from the Upside Down, possessed him. Billy transformed from a troubled adolescent into a cold-blooded killer throughout the season.

The death of Billy Hargrove is heavily featured in the Stranger Things season 4 trailers, leading some to speculate that Dacre Montgomery’s character may return. As Billy Hargrove, Max’s gruff and outspoken hostile brother, Montgomery debuted in Stranger Things season 2. When the Mind Flayer possessed Billy to make the Spider Monster, Billy was elevated to the role of the show’s principal adversary.

Seasons 2 and 3 of Stranger Things:

Seasons 2 and 3 of Stranger Things did an excellent job of building up to Billy Hargrove’s villainous character development. Billy’s redemption at the end of Stranger Things seasons 3 was one of the show’s most victorious moments because of Montgomery’s portrayal of the character. The absence of Billy in Stranger Things season 4 is an obvious one, but the teaser shows how important he is to the plot, raising the possibility that he will make a comeback.

A Stranger Things episode named “Dear Billy” will air in season 4, and the title is taken from a line spoken by Max in the teaser as she tries to sort out her complicated feelings about her brother Billy. A flashback sequence of some kind would mesh with Max’s evident attempts to move on from Billy’s sacrifice in Stranger Things. Flashbacks may be used to learn about Billy and Max’s backgrounds. Max Mayfield’s older stepbrother reflected his father’s maltreatment in his relationships with her and her friends and his outbursts against other characters.

His father abused him and his mother violently. Surfing was a lifelong love for Billy, and his mother was always there for him. He remembered her watching him surf from the beach. Neil’s terrible behavior caused Billy’s mother to leave him around age 10. Neil eventually married Susan Mayfield, Max’s mother, who Billy referred to as his “new sister.” When Billy saw Neil’s behavior toward other kids, he remembered him as a bully.

A quintessential “Bad Boy” figure, Billy has more evil and violent undertones than meets the eye. The new King of Hawkins High, he presents himself as charming, appealing, and carefree. However, because of the violence he received from his father, he has a violent and erratic personality. As Neil Hargrove does with his son, Billy keeps his violent tendencies hidden from everyone, but the people he knows can beat him in a fight. He treats Steve with hostility and sees him as a competitor to be defeated.

After becoming a Flayed of the Mind Flayer, Billy developed superhuman skills. Even though several of these skills are common among flayed, he is proven to have a higher level of ability than most other flayed featured in the series of billy from stranger things.

Strengthening of the Material:

Additionally, from stranger things, billy’s newfound strength and stamina made him capable of taking hits and punches that the average person would not have been. Even after being flung through a brick wall with great power, he recovered in a matter of seconds and walked away unscathed.

Billy’s biological father is Neil. Billy is constantly threatened by Neil, both physically and verbally. There’s little doubt that his violent behavior stems from his father’s mistreatment of him and his mother. Neil had more freedom to mistreat Billy when his mother left, and as a result, Billy developed a violent and abusive personality.

Unlike Billy’s estranged father, it appeared like he and Billy’s mother had a wonderful relationship when they were children. Billy’s goal of becoming a surfer was always supported and encouraged by her. Billy was devoted to his mother, whom he sought to keep safe from his abusive father. On the other hand, Billy was devastated when his mother eventually had enough and left and tried to bring her back, but to no avail. Father Max’s fury was directed at his son when his father re-married.

They are step-siblings who have a tough relationship because of their convoluted history. It wasn’t uncommon for Billy to treat Max in a demanding manner. People who refer to Max as Billy’s sister exacerbate Billy’s dislike for her. Max and her mother, Susan, entered Billy’s life when his mother left, and they were spared Neil’s wrath. After killing himself to save Max’s friends from the Mind Flayer, Billy apologizes to her for assaulting her.

As soon as billy from stranger things arrived at the high school, it began its rivalry with him, claiming the title of “King” and ultimately succeeding in dethroning him. Their competition eventually escalated into full combat. When Billy learned that Steve had been lying where Max was, he burst into the house angry. After Billy confronted Lucas, the two of them got into a battle.

Billy’s stepsister, Max, was close in age to Lucas Sinclair, and Billy came to feel that this proximity was the source of Billy’s fury. It led Billy to develop a strong disdain towards Lucas. Billy urged Max to avoid Lucas at all costs, or else Lucas would learn how Billy treated Max.

Strangeness One of the episode names for season 4 of Stranger Things refers to the character Billy from stranger things, who Max is mourning the death in the trailer. Dacre Montgomery will return as Billy Hargrove, but whether he survived or it’s a flashback. It is unknown. Netflix’s forthcoming paranormal phenomenon season will be broadcast in two parts, on May 27 and July 1.  It’s not obvious how Billy might return, but the hint is that Stranger Things isn’t finished with his story yet.

In Stranger Things, do we see a Billy character?

Do you know if Billy Hargrove will be returning shortly?

Billy from stranger things, When eleven was saved from the Mind Flayer in the season 3 finale by Billy Hargrove, Dacre Montgomery stepped down from the role.